What could we say about the barnacle? It´s so singular that there isn´t anything similar in the world.

It´s a unique product, one of the most characteristic and the most of our own. It almost seems a prehistoric animal. Its so diferent that many people think it´s a molusc (because of it stillness) instead of a crustacean which we understand it would move, having legs or frelers, and so on…

From a gastronomic point of view, it´s a jewel that oddly hadn´t nearly been used not only in the high cookery but the ordinary one. Just as if there were a fear of handle it. just as if would be a sin to take it from its shell. We cook oisters, clams, prawns,  Dublin Bay prawns, but concerning the barnacle, it is like a sacrilege.

I love its unique texture, between tender and elastic and why not, it´s purely marine iodized taste.

I always say, if the seaweeds became animals, they will be a barnacle.

By Ferrán Adriá to PERCEBELAND ,

It refers goose barnacles, also called stalked barnacles or gooseneck barnacles, are filter-feeding crustaceans that live attached to hard surfaces of rocks and flotsam in the ocean intertidal zone.

In Portugal and Spain, they are widely consumed and expensive delicacy known as percebes. They are harvested commercially in the Iberian nothern coast, mainly in Galicia and Asturias, but alos in the Southwestern Portuguese coast (Alentejo), and are also imported from overseas, particulary from Morocco and Canada. The  indigenous peoples of California eat the stem after cooking it in hot ashes. 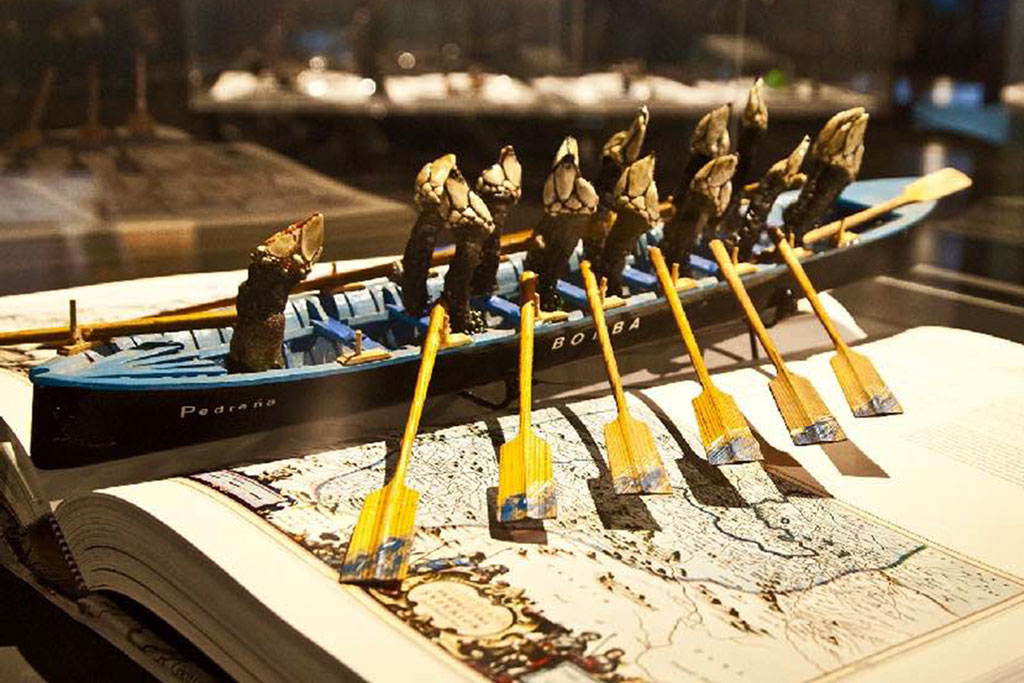 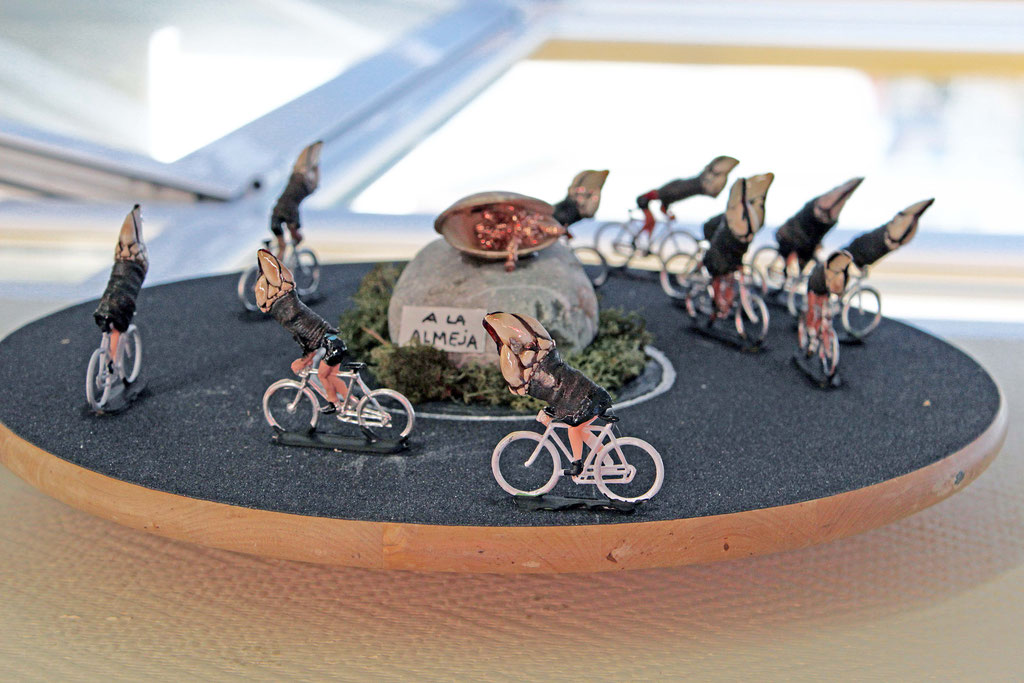 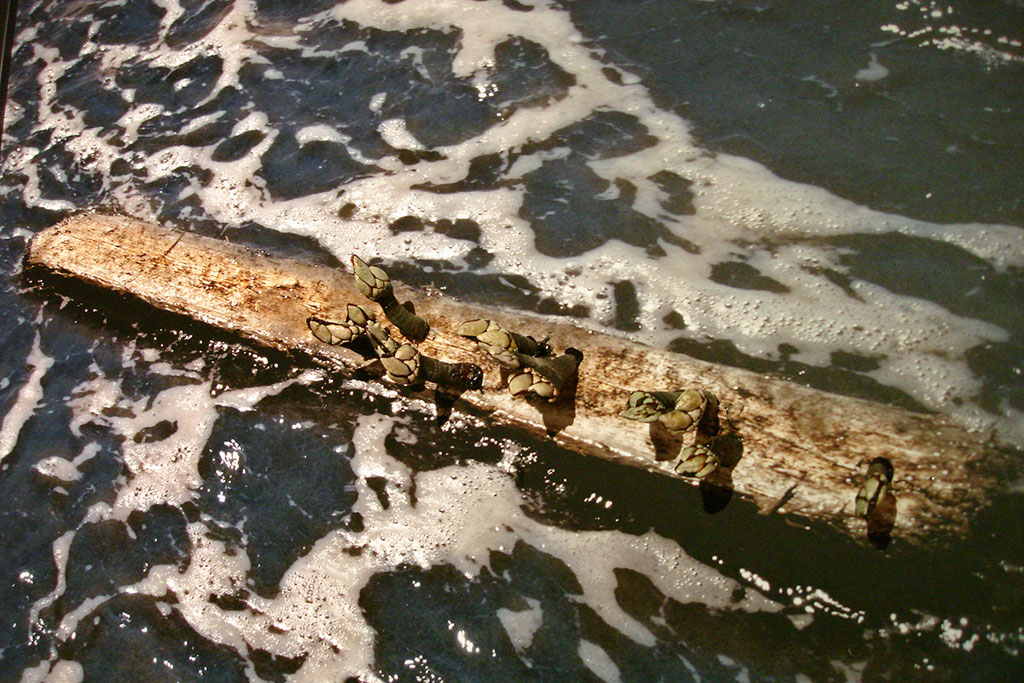 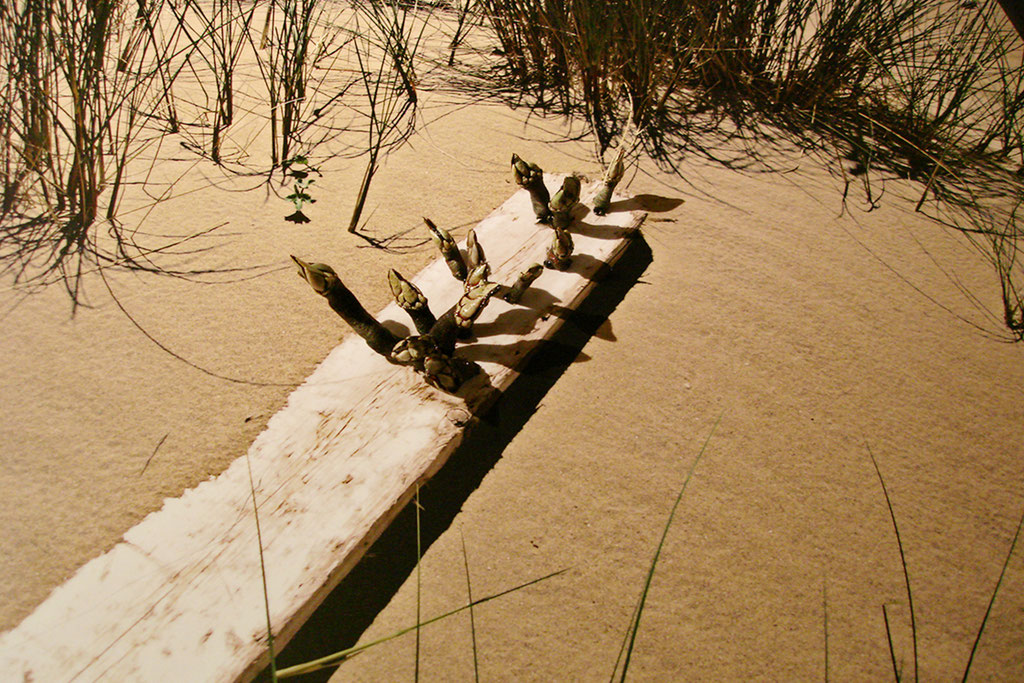 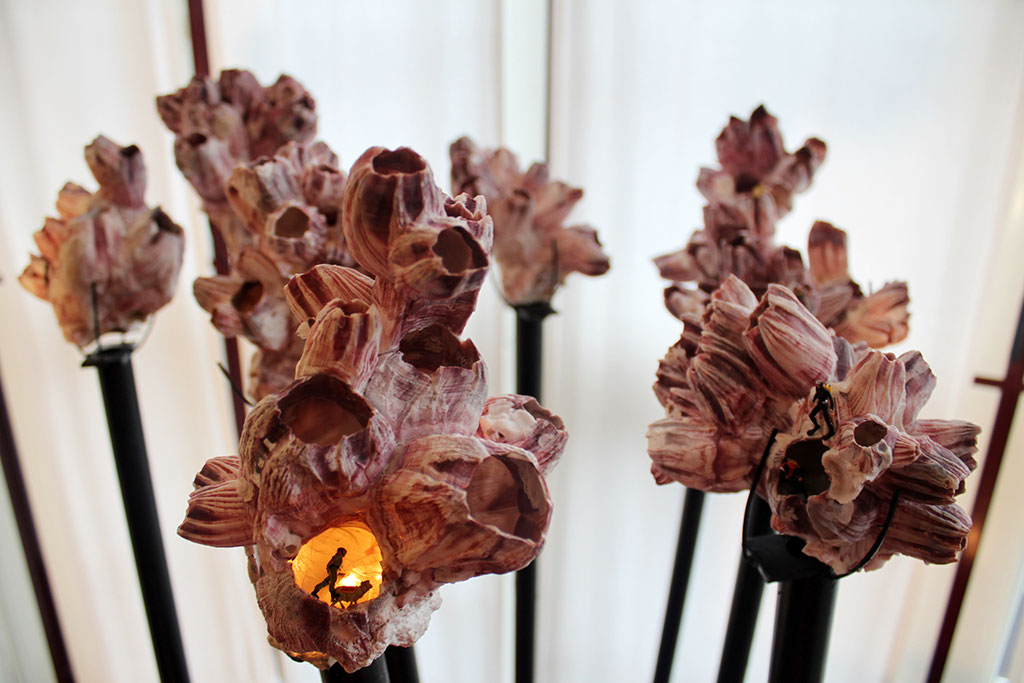 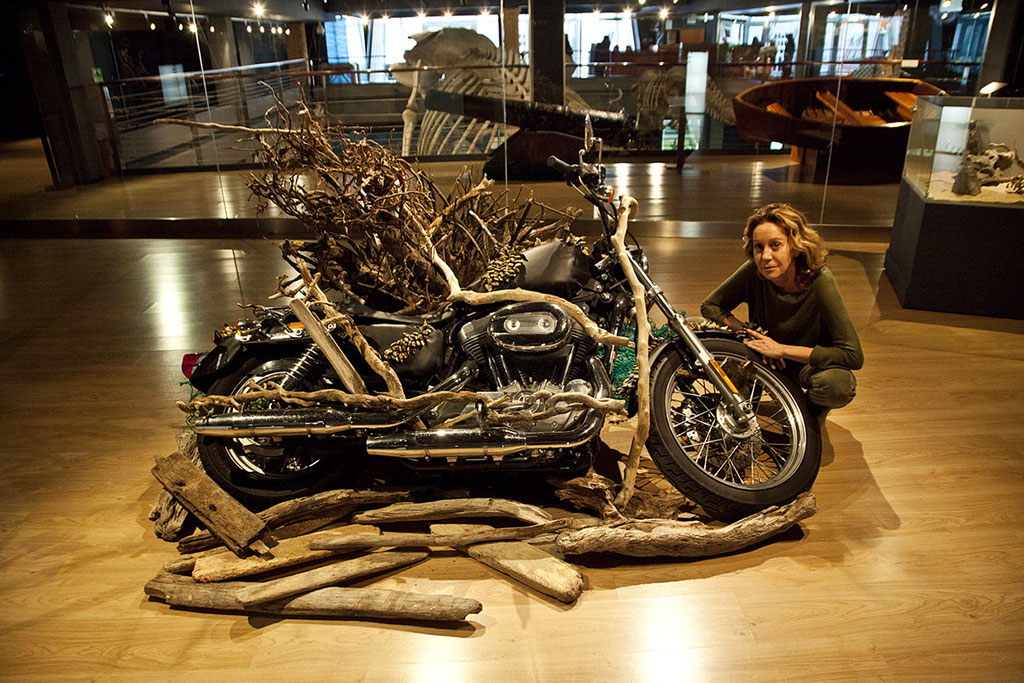 The whole artwork was made with natural barnacles, delicately dissected, one by one in a long process. 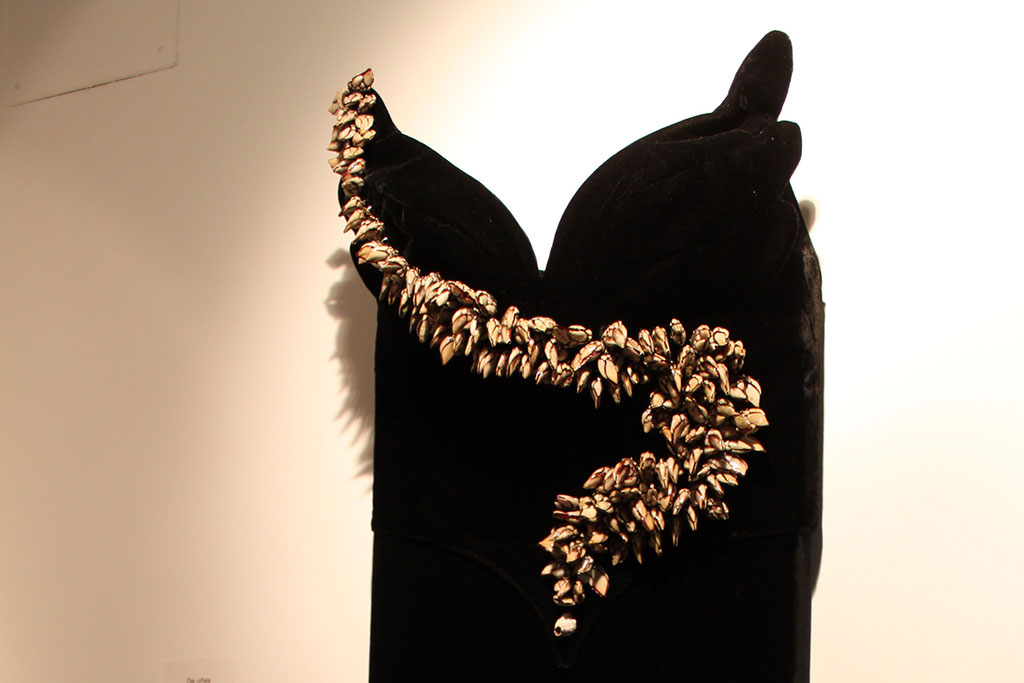 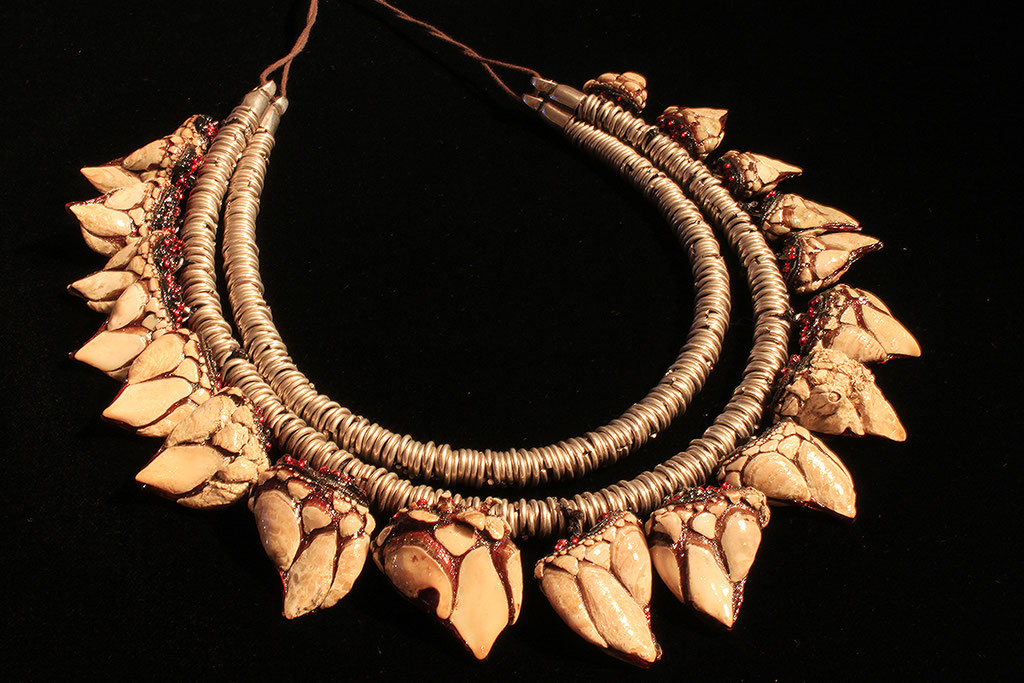 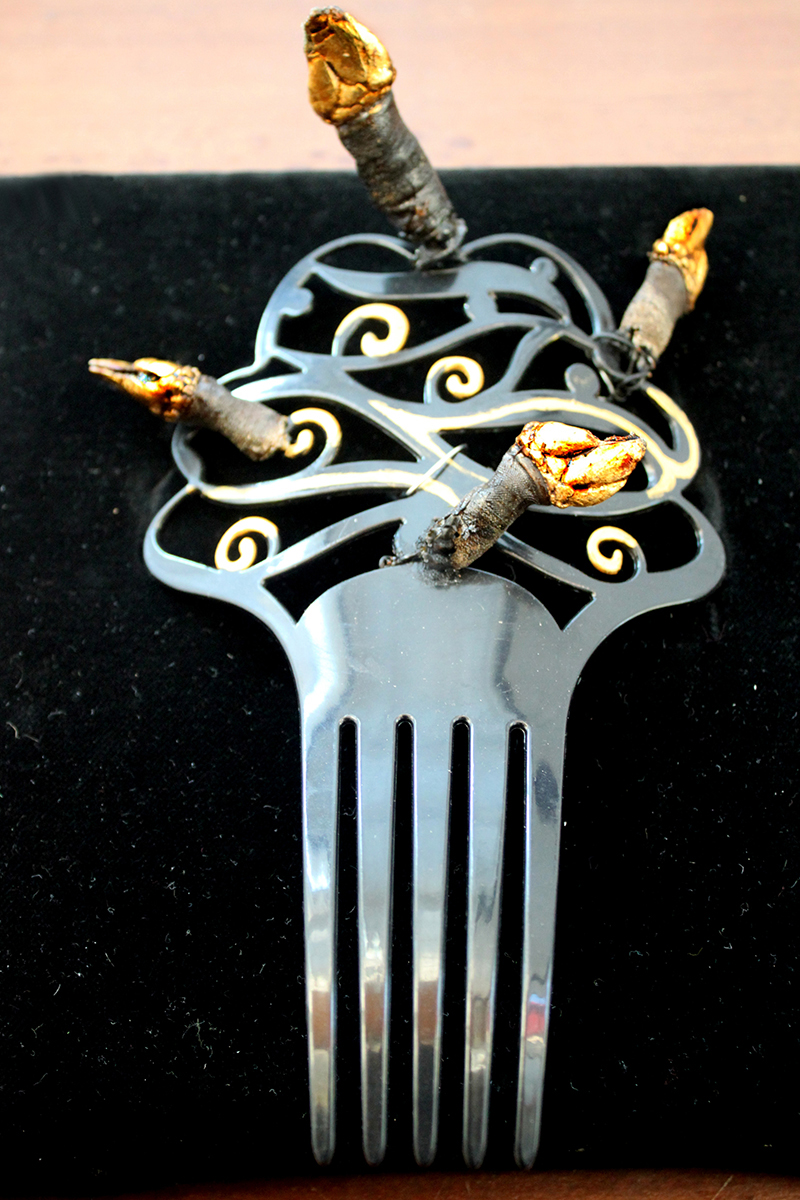 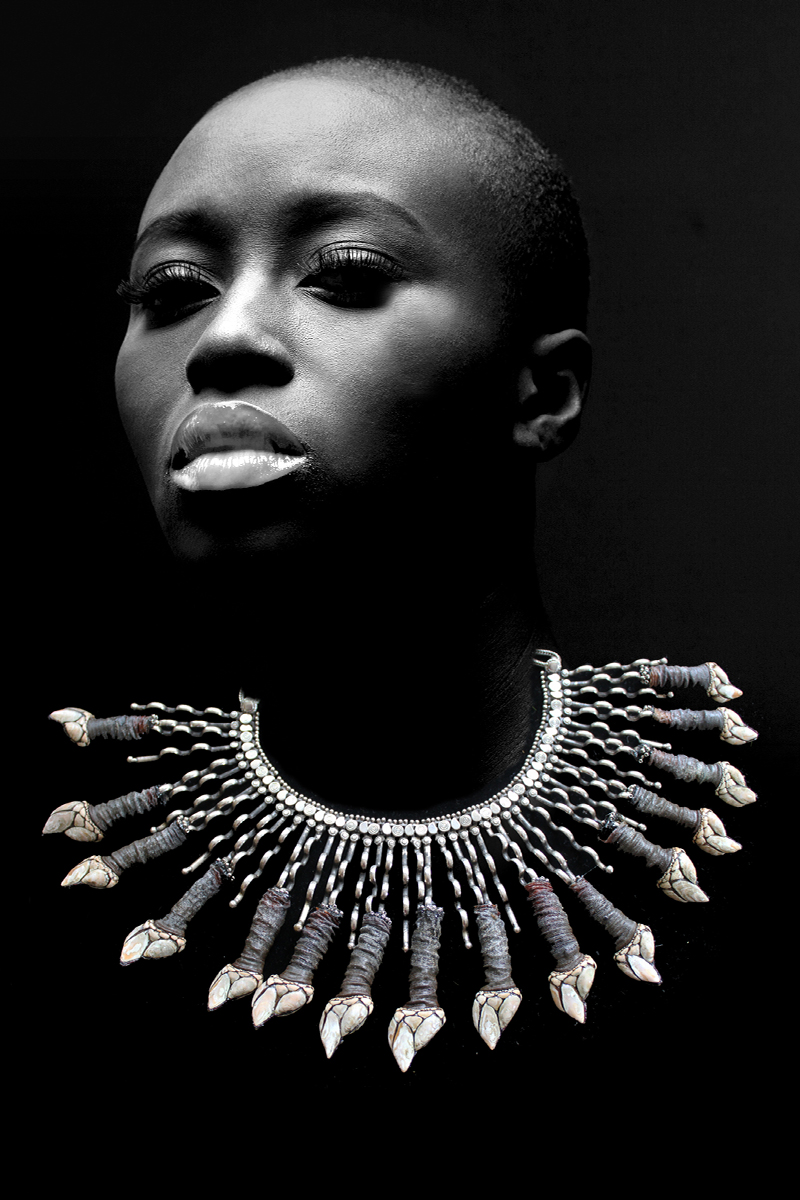 A tasting menu of dishes.
A delight for the senses. 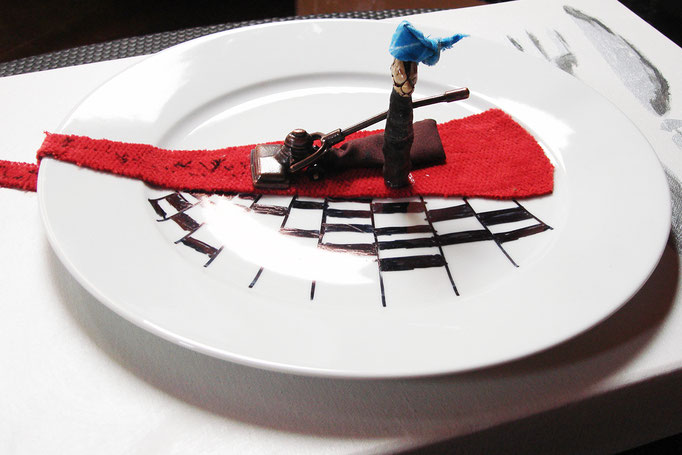 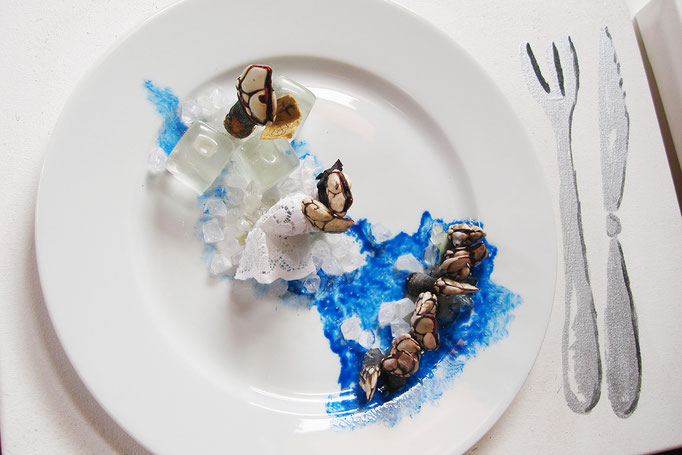 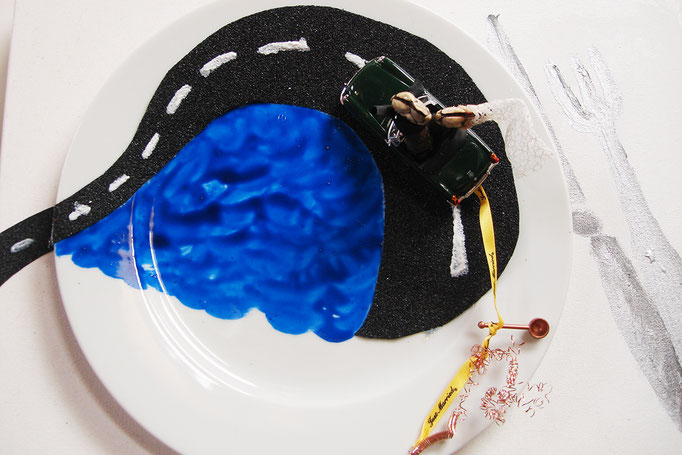 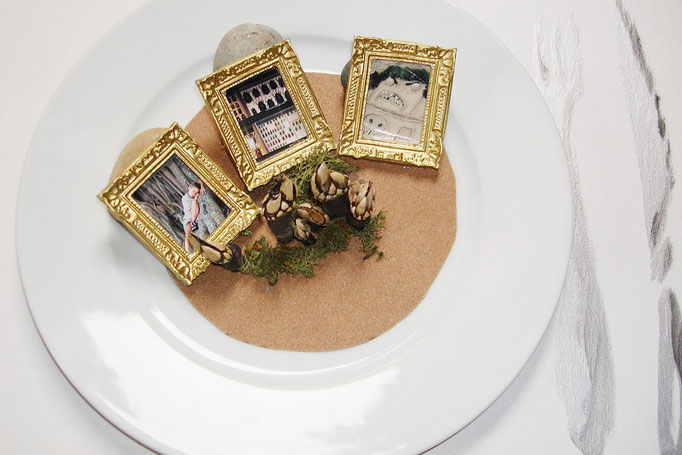 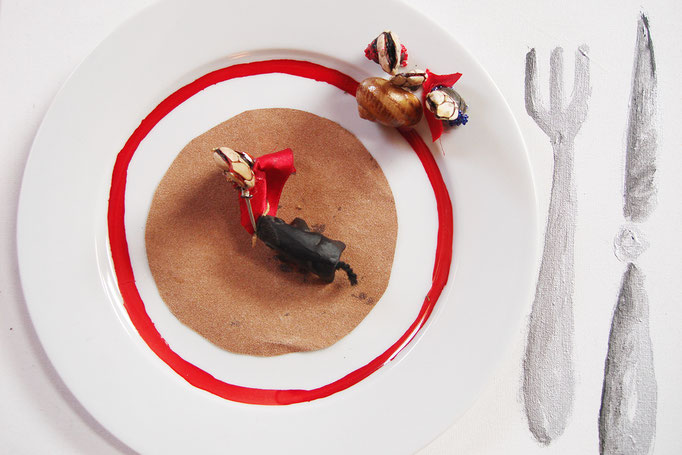 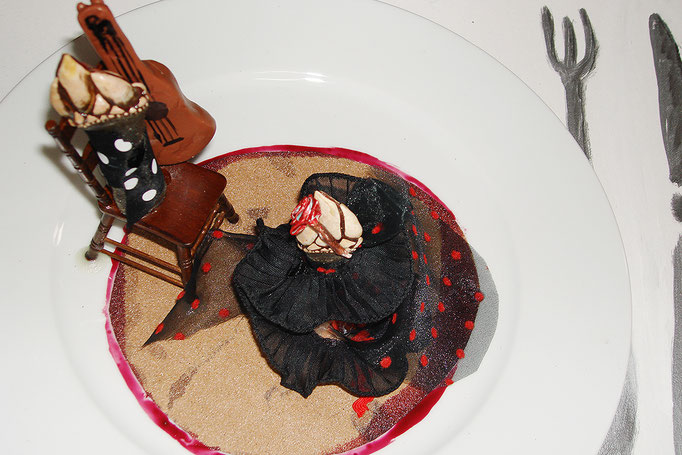 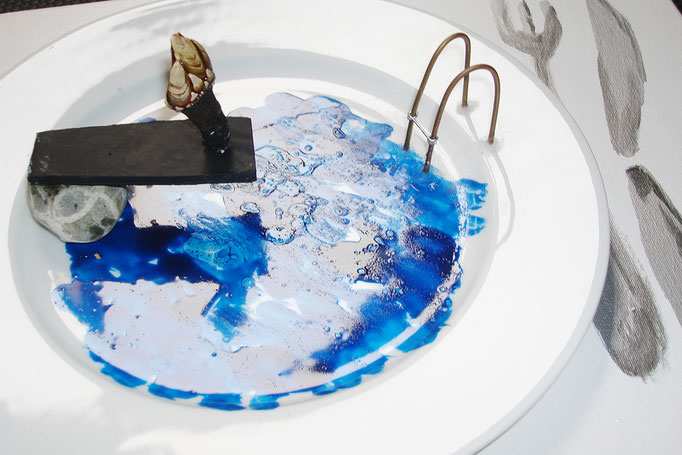 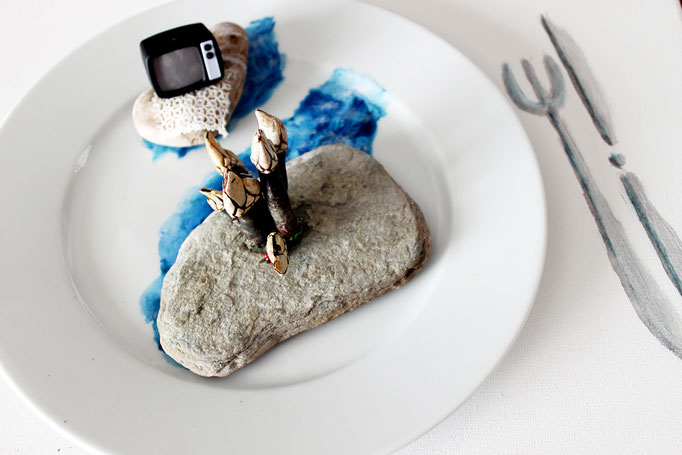 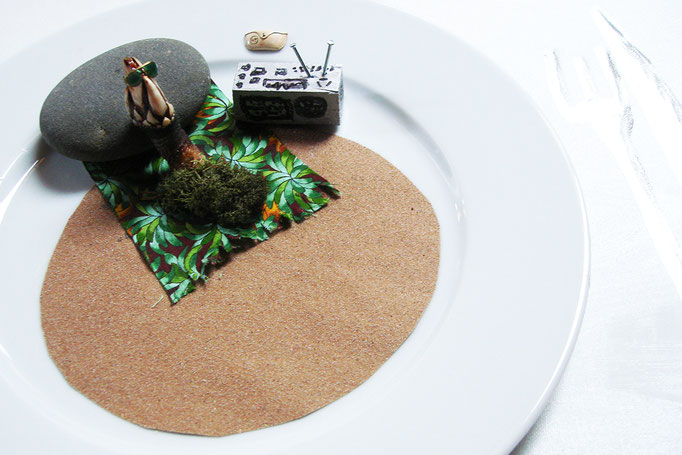